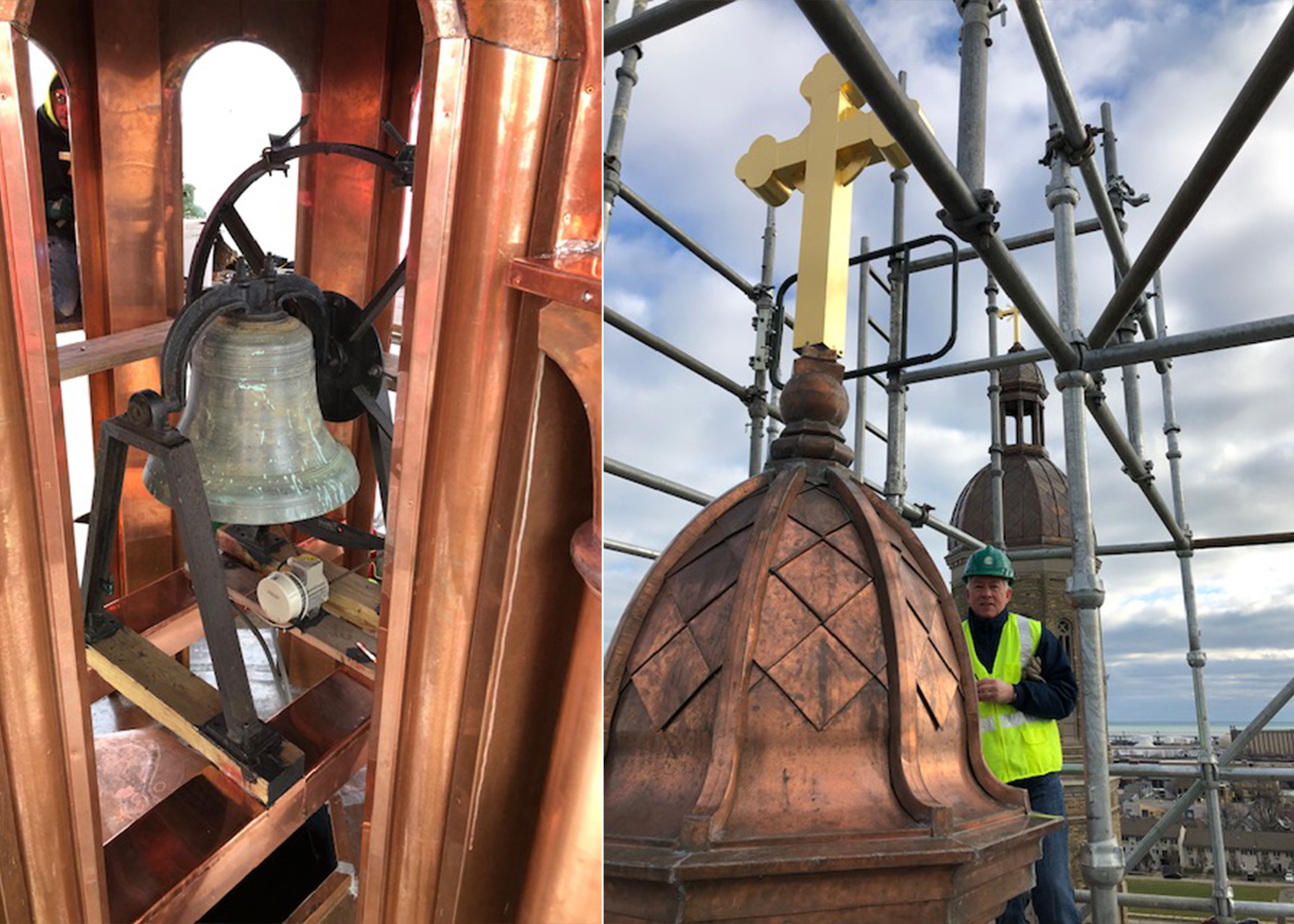 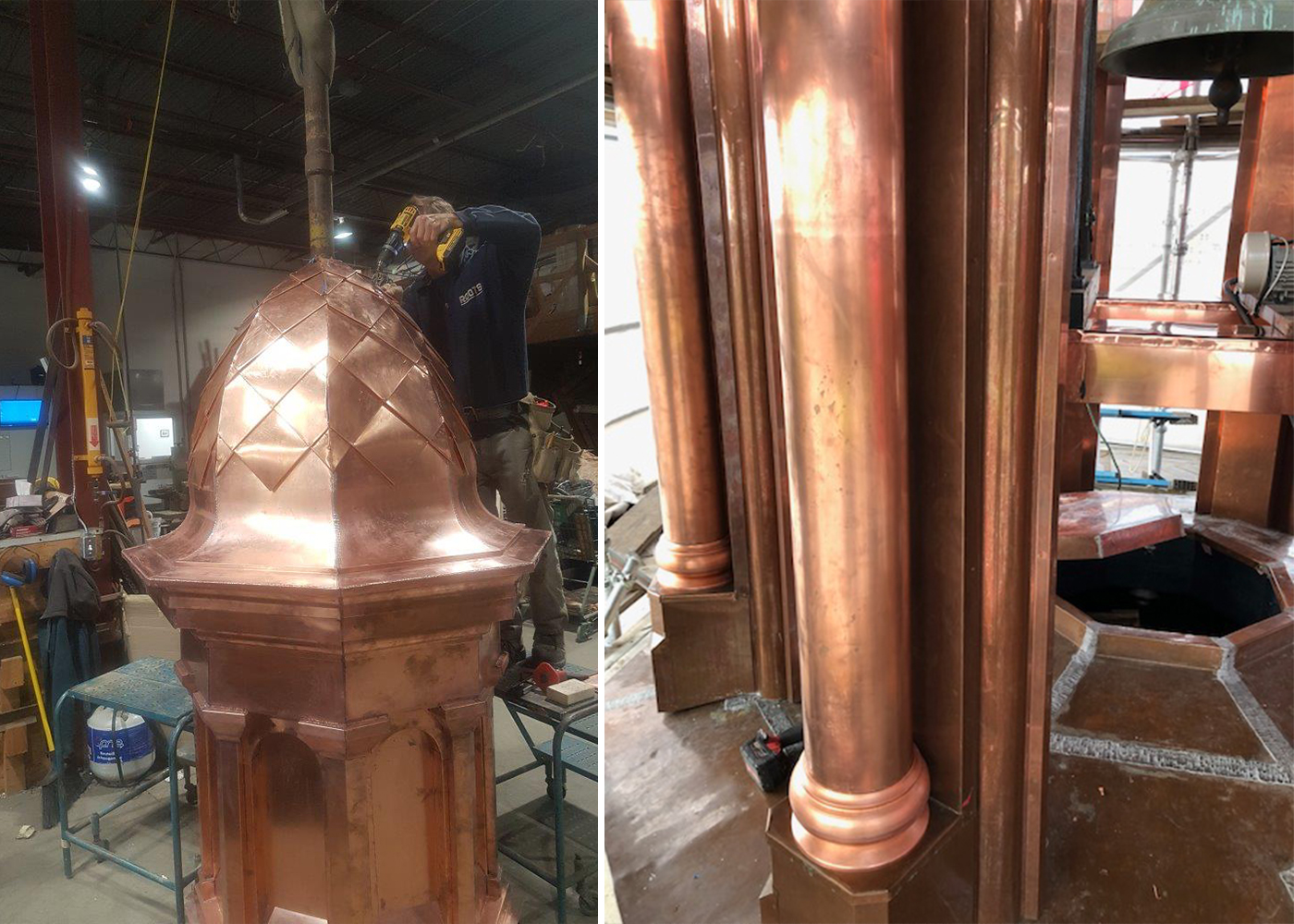 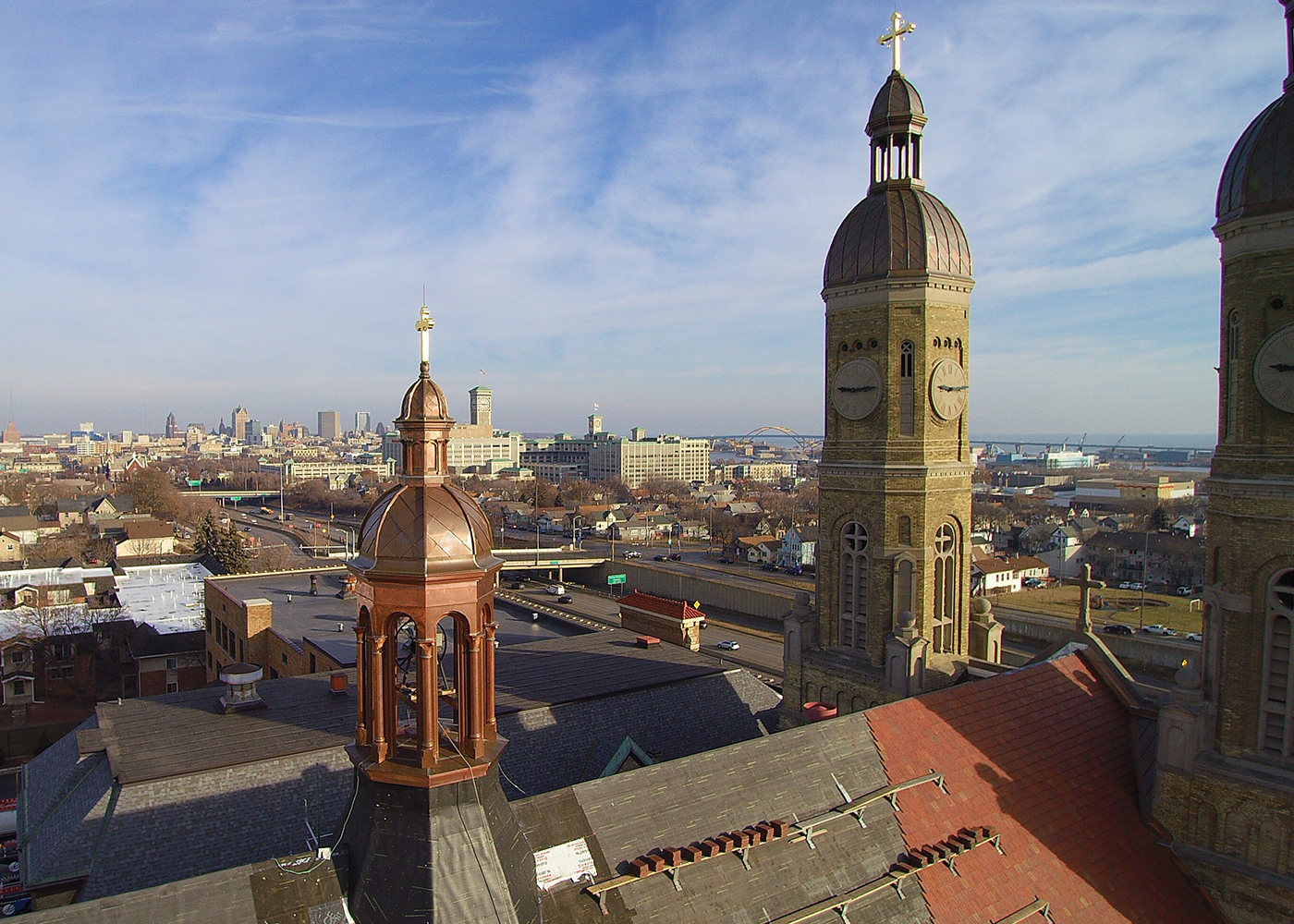 That work followed installation of the two restored east domes, as reported on in the last two issues of The Roofers Report.

While similar to the east tower domes, the west dome is smaller, but its ornamentation is more intricate, including curved copper arches. FJAC collaborated with ornamental sheet metal fabricator Heather + Little, Ltd., on the copper elements for all three towers.

Like the east domes, the existing weather-worn cladding of the west tower dome was removed and structural repairs were made before being re-clad in copper. But unlike the east domes, all the work on the west dome had to be done atop the tower, accessed via scaffolding. That presented some challenges in fitting the fabricated pieces that, in some cases, needed adjustments. The east tower domes had been removed and restored at FJAC’s shop.

Once the dome re-cladding was complete, a new copper cross was crane-lifted to be secured atop the dome, complementing the new crosses on the east domes.

The congregation was aiming to have all the work done prior to Christmas services – a deadline that FJAC met.