Roofing runs in David Rojas’ family. His uncle retired at the age of 68. “He just kept going until he couldn’t anymore,” he said. His nephews have started their first jobs in the trade too. Put together, they make up three generations of roofers. David fell into the job in the early 1980s after emigrating from Mexico. At the time, he worked as a seasonal apprentice with no long-term plans to stay in the United States. “I started in my twenties, but I settled on the job when I married my wife and had kids here [the United States].” 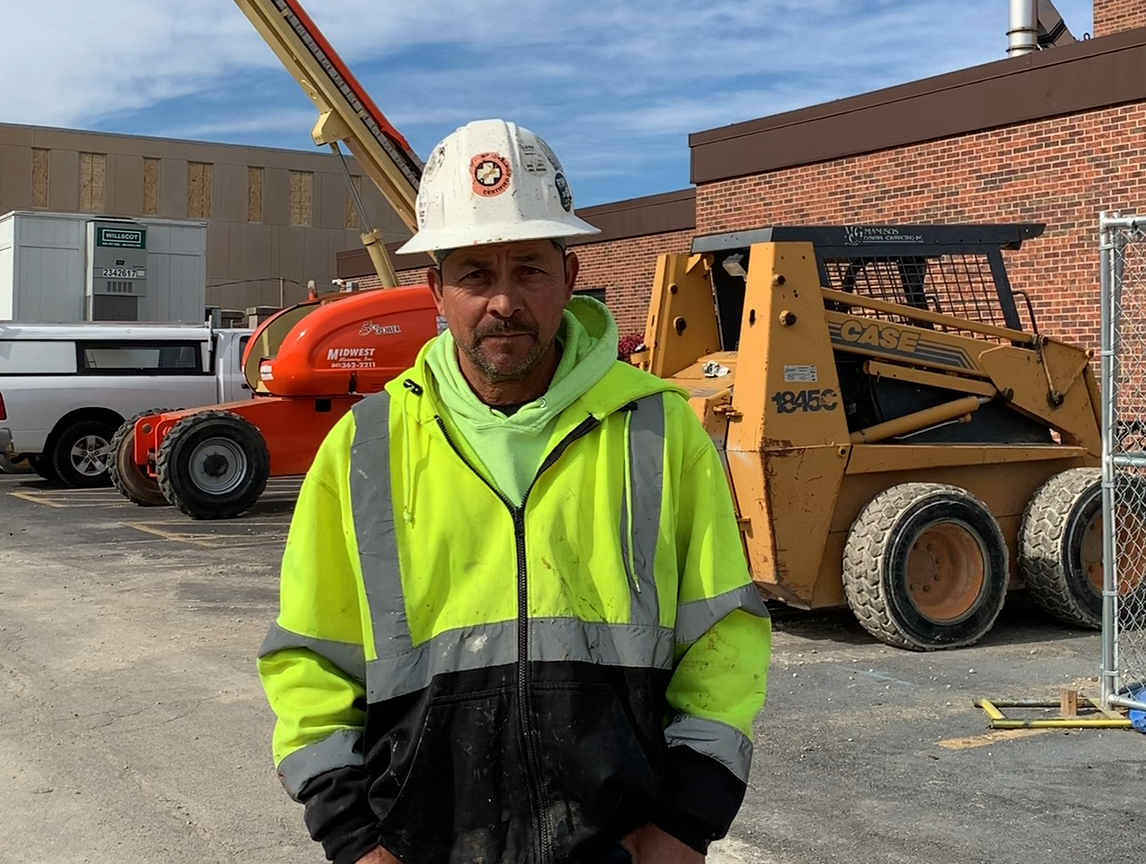 His career in roofing has given him a work life and personal life balance. “The workday starts and ends at the same time and I have always been able to spend time with my family.” He continued as a roofer because of the stability the industry provided for him and his family. He helped put his two oldest children through college, and has two younger children in the middle of their studies. “I was able to financially assist my kids so they wouldn’t have to take out massive loans. Finishing school was their responsibility, but I wanted to make their experience less stressful,” said Rojas. David’s children were always impressed by the projects he worked on across the Midwest. “I used to drive around and point out all the roofs I put up,” said Rojas. “I still them stories about all the work that went into that job.”

David’s work family has also grown and prospered from his talents and skills. He has worked with the same crew for ten years and knew his coworkers prior to arriving at Tecta America. “Our industry is large, but you meet people from other roofing companies, and they come back into your life at some point or another,” said Rojas.

On a recent morning, David and his crew were installing a new roofing system on top of a middle school building. The team worked in perfect harmony. Some of the men nailed down a tarp, while others put down an adhesive. They worked in an intuitive manner without interrupting each other’s workflow. “You get that good when you’ve been working together for such a long time,” he said. “We work so well because we hold each other accountable about safety.”

Many of the men on David’s crew have worked as roofers for decades. “We have been together for a long time, and we need younger people to come in and work when we’re gone,” he said. According to the U.S. Bureau of Labor Statistics, the roofing industry is projected to have 14,700 yearly job openings for roofers across the country between 2019 and 2029.

David’s career as a roofer has provided him with many opportunities for decades, and he has given some thought to retirement. “Maybe in three years. I’m still thinking about it. If I feel good, I’ll keep going like my uncle,” he said.