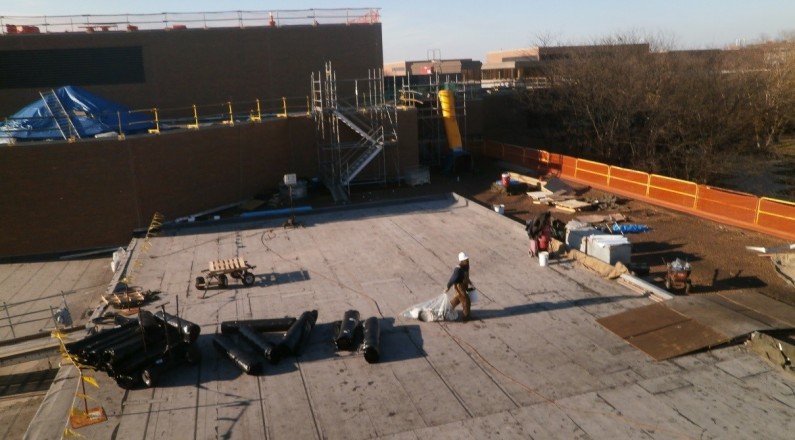 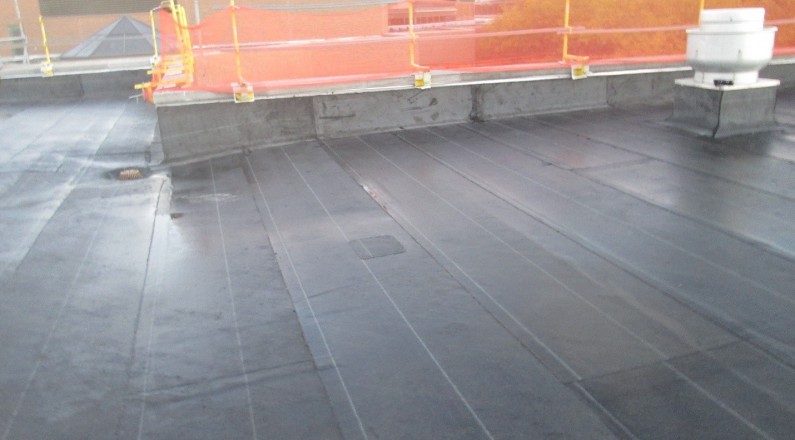 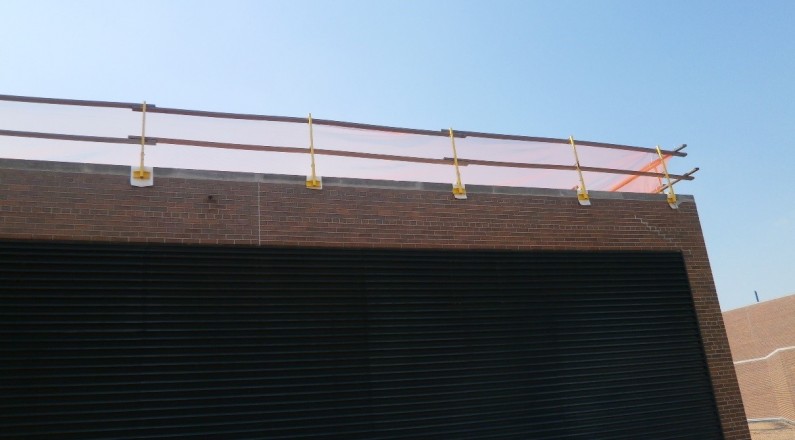 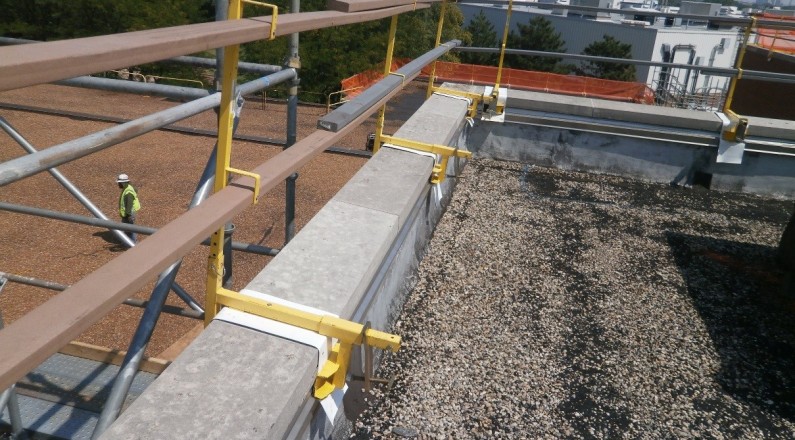 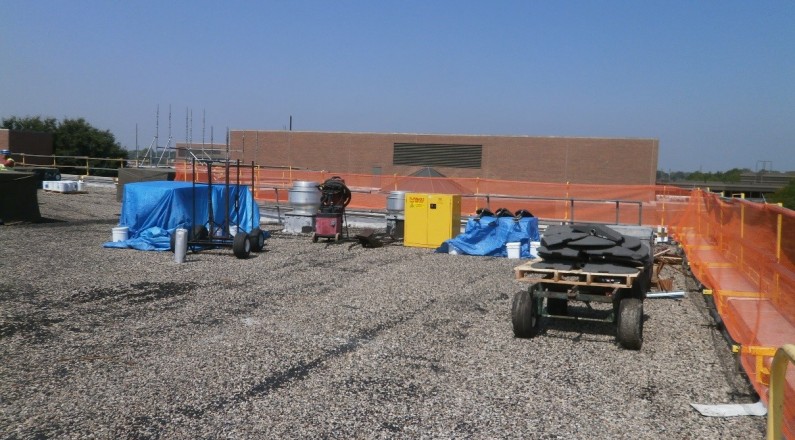 Project involved the complete removal and replacement of approximately 734 squares of existing coal tar pitch roofing system, comprised of 11 separate roof areas.
The roofs on this building cover the main entrance and lobby of the technology center Eli Lilly & Company, one of the largest manufacturing companies in Indianapolis. Several of the roofs involved with this project were also over very sensitive manufacturing and research areas.
Eli Lilly & Company is one of the most Safety conscious corporations in Indiana, and working on their facility takes a lot of effort to comply with their safety requirements.

The different roof areas were spread out across the building, and at many different elevations.
Scaffolding stairwells, ramps, platforms, and walkways were erected and installed to provide access to the roofs, and allow us to get debris off the roofs, and new materials on to the roofs.

A smooth Soprema SBS base sheet, and a white granular surfaced Soprema SBS cap sheet were installed over the new roof insulation, in a low VOC cold process asphalt adhesive.
All laps in the new base and cap ply were hot air welded.

The project was very labor intensive due to the limited access on site, and the distance much of the debris and materials have to be moved. The work was very slow going, and careful use of scaffolding, ramps, platforms and roadways over the roofs allowed us to move our materials as needed. We were hard at work on this project when winter came in with a vengeance and shut us down completely until spring.

The project was re-mobilized, and complete in the spring of 2015.