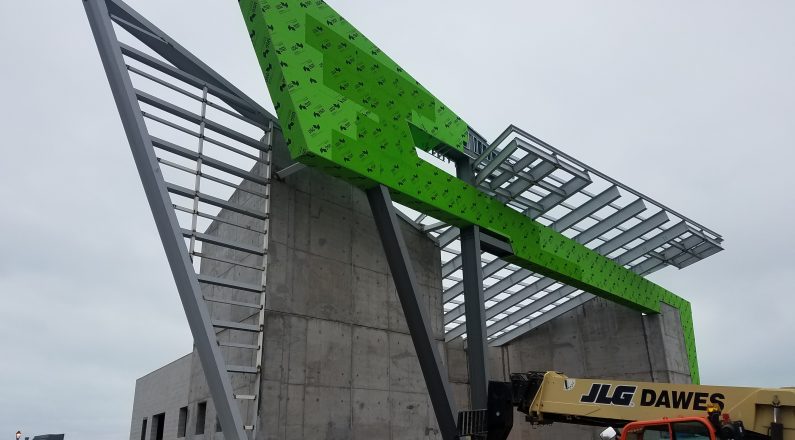 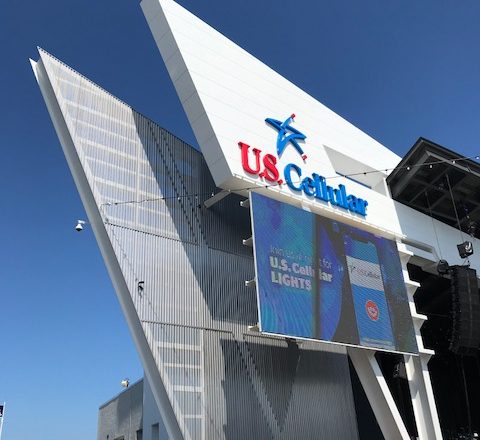 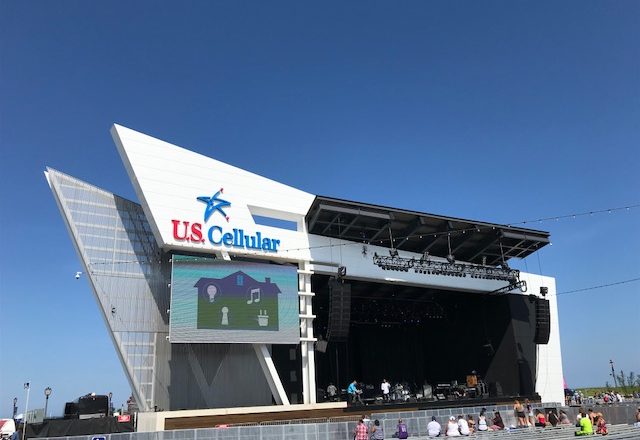 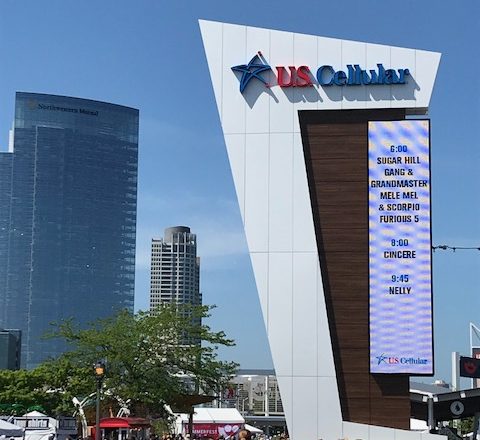 Visitors to Summerfest and other festivals who use the north entrance of the Henry Maier Festival Park on Milwaukee’s lakefront, or who attend a show at the U.S. Cellular Connection Stage will have a whole new experience, thanks in part to the work of F.J.A. Christiansen Roofing.

The park’s north gate had been a nondescript entrance for years but was upgraded as part of continuing renovations organized by Milwaukee World Festivals Inc.

A new ticket building at the north gate, sponsored by American Family Insurance, has Summerfest red metal panels fabricated and installed by FJAC.  These same panels were utilized for the new Summerfest store enclosed by FJAC before the 2017 event season. The new north entrance includes digital displays, lighting and a public address system, additional turnstile lines, a new box office, and a first aid station.  Less visible yet equally important to keep the building secure from the elements, is a Carlisle white 60-mil. TPO membrane over multiple layers of insulation atop the new north gate facility.

“This new entryway to Henry Maier Festival Park will enhance the festival experience for our fans as well as thousands in our community who visit the lakefront,” Milwaukee World Festivals President and CEO Don Smiley said when the project was announced.

The upgraded entryway complements other enhancements in the immediate area, including reconfiguration of roads adjacent to the festival grounds and upgrades to the adjacent Urban Park.

Just inside the entrance, FJAC sheet metal craftsmen installed expansive metal wall and roof components across and above the new state-of-the-art U.S. Cellular Connection Stage. Similar to a facade project on a new retail development on Miller Park Way that FJAC completed last year, the metal panels are a rain screen system, blocking most rainwater but primarily serving as a design element and not a rain seal, noted Max Bade, an FJAC project manager.

The facade was installed in a non-progressive manner so that individual panels can be removed for customized lighting or other utility needs, Bade added. The removability of the panels also is expected to facilitate maintenance.  The stage also includes an FJAC installed EPDM/rubber roof system along the backstage area.  Visitors arriving at the U.S. Cellular grounds are greeted by an attractive and complementary sign also enclosed in a composite metal system installed by FJAC.

Challenges on this project included working out of boom lifts reaching significant heights as well as a tight deadline – work needed to be done by the June 28 opening of Summerfest.  Also, unique installation angles were required to accurately present the star in the U.S. Cellular logo, noted Jeff Keller, FJAC Sheet Metal Superintendent.

“We worked seven days a week to get this done on time,” Keller said. “The results are incredible. People attending concerts at the stage and those just walking by will be impressed with the stage.”

The panels are in Summerfest red and U.S. Cellular white.  Attractive and watertight for years to come, many thanks to FJAC sheet metal Foreman Jason Thelen, roofing Superintendent Dan Ott, and roofing Crew Managers Matt Reuter and Angel Torres.