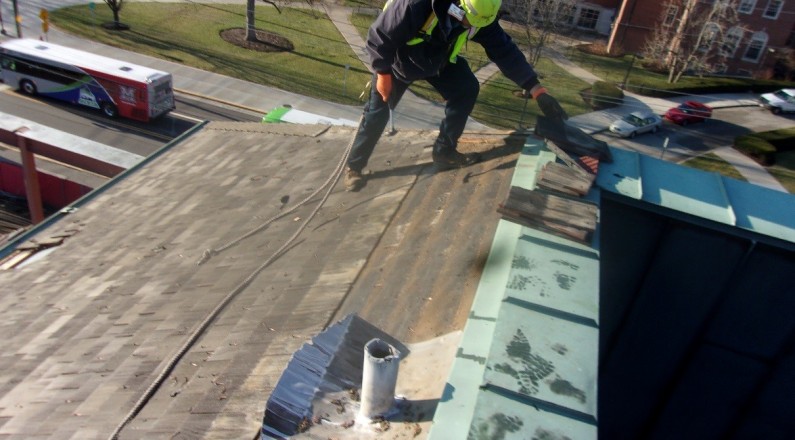 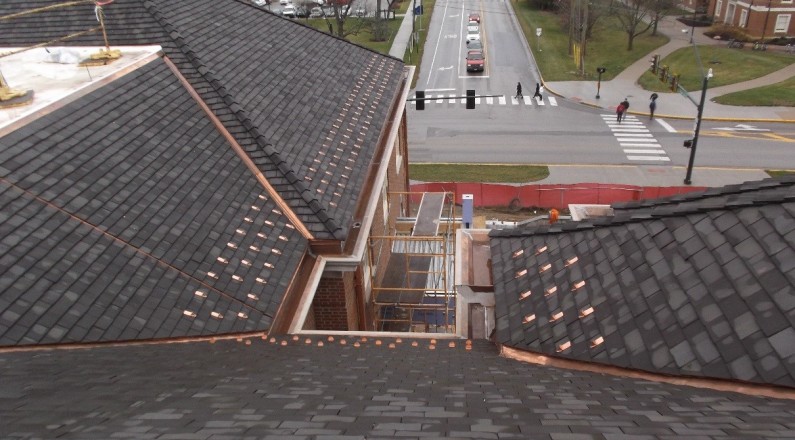 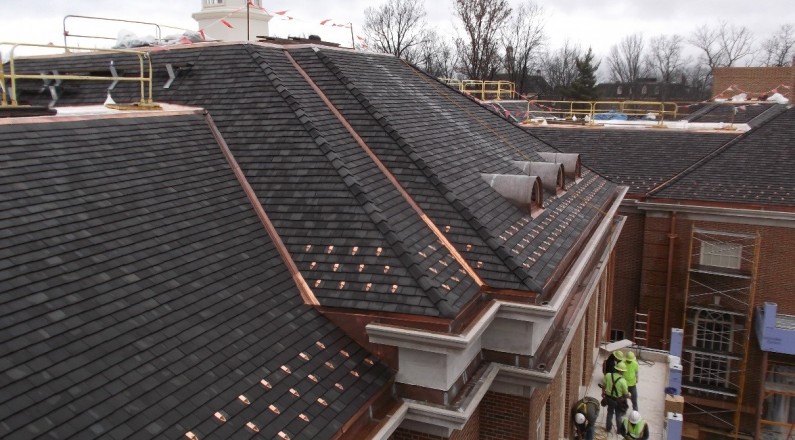 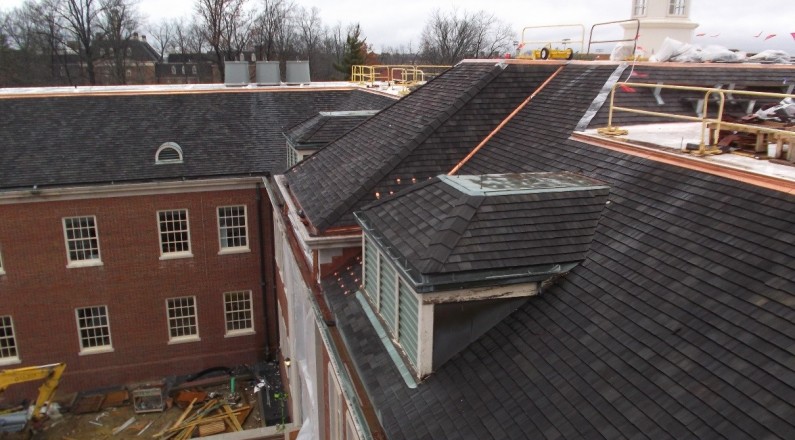 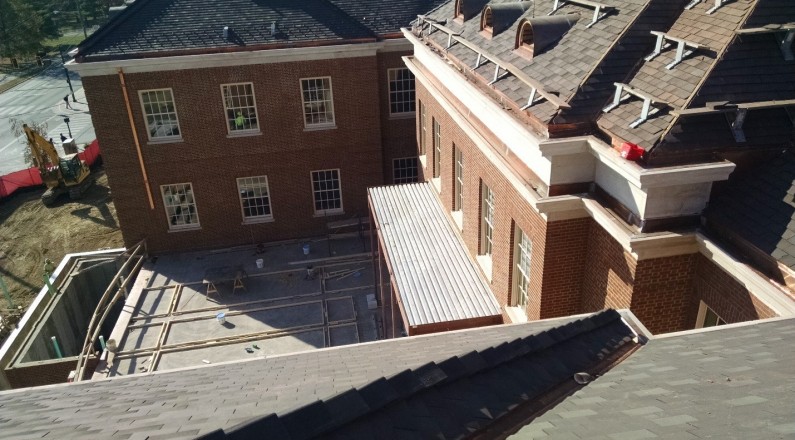 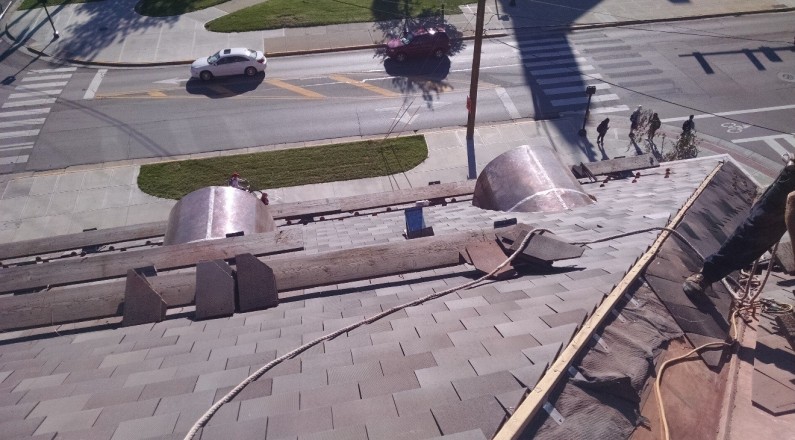 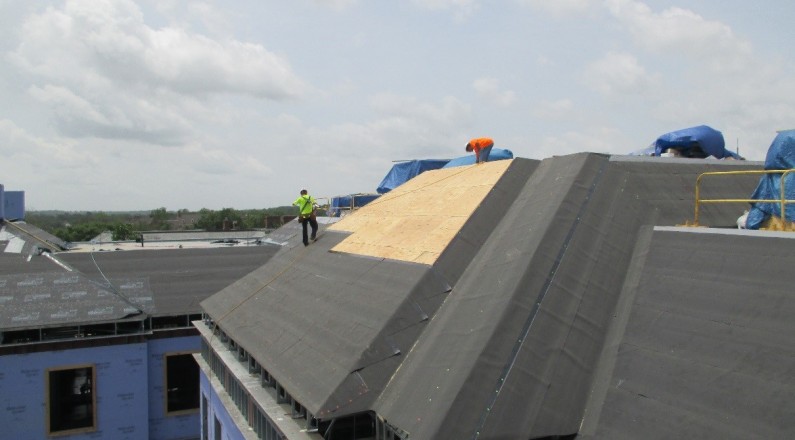 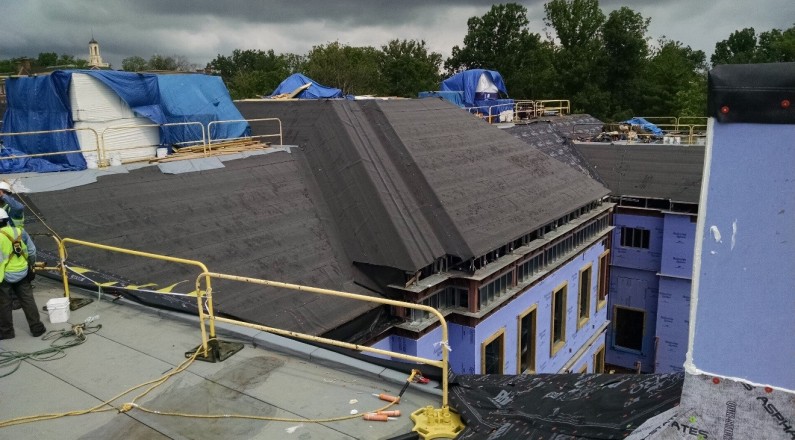 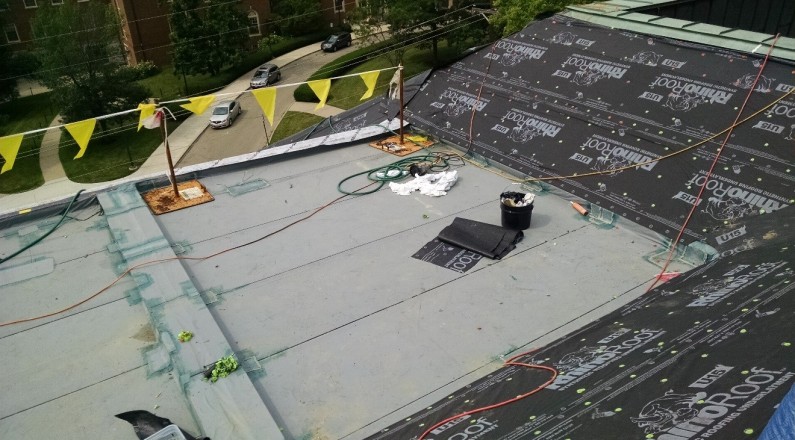 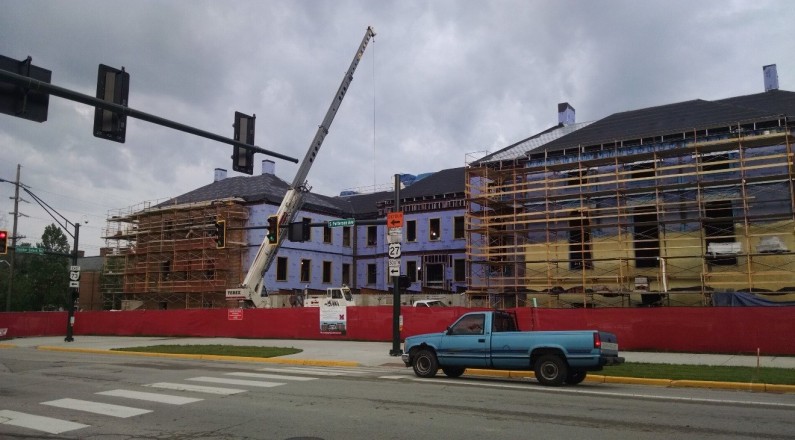 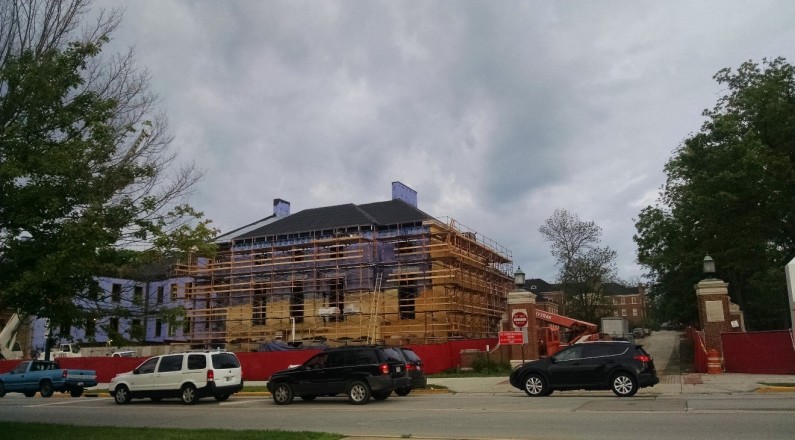 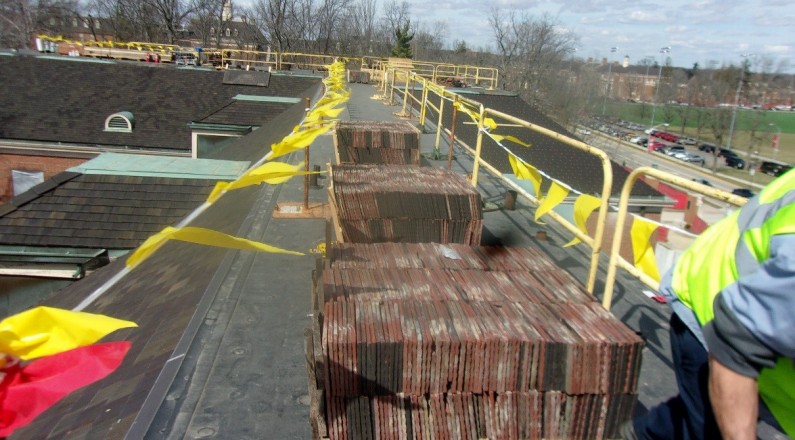 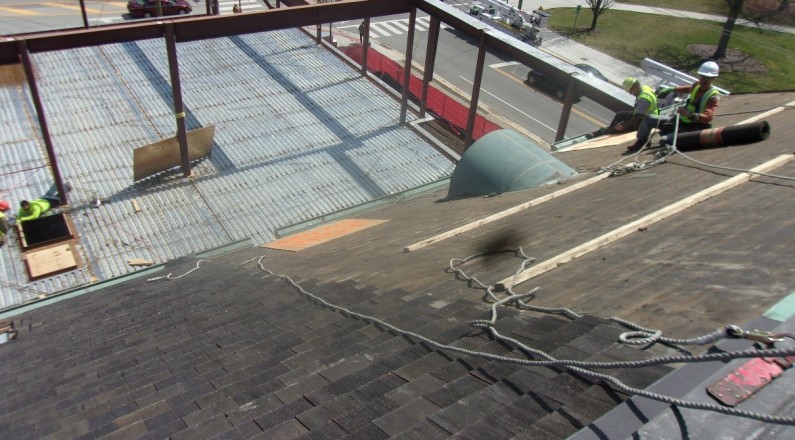 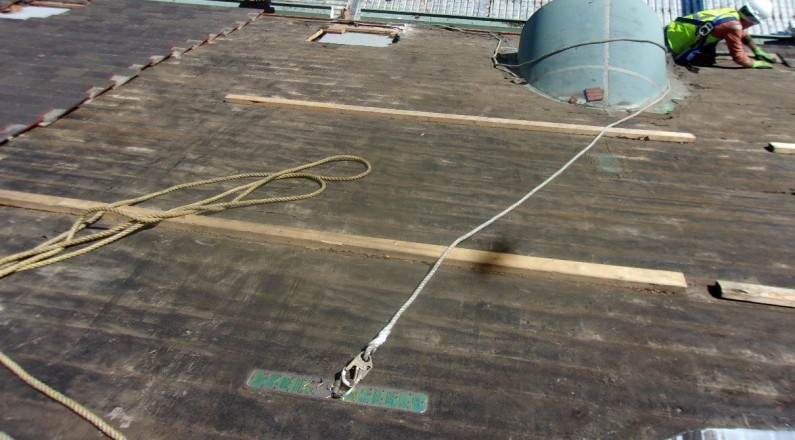 The newly enhanced Shideler Hall will support an increasingly interactive and project-oriented curriculum. It will also create access to the modern laboratories and technologies that are essential to providing our students the hands-on and real-world learning opportunities that set them apart as graduates.

The project was a renovation and major addition on an existing dorm building at Miami University of Ohio in Oxford, Ohio. This is a tall three story structure, right on the heart of campus, with limited access around the perimeter of the building.

We removed approximately 45 squares of existing Ludiwici clay tile roofing, packaged the materials, and set them aside for integration into the new building. A self-adhered ice and water shield was installed over the exposed wood deck to help protect the building interior while the building addition was constructed.

A large addition was added to the building, with a plywood deck and steel support structure. We installed self-adhering ice and water shield over the new metal decking as the building was being constructed, and as the progress of the construction would allow, we installed 4.625” nail base insulation over the metal decking. Ice and water shield was installed along valleys, eaves, and other areas, with the remainder of the deck covered with a synthetic underlayment.
Custom colored, new Ludiwici Geogian clay tile roofing was installed over the new additions, integrating the salvaged tiles into the construction along slopes where the new roof line was tying into the existing.
The new Ludiwici tiles were custom colored for us to match the “patina” of the existing building clay tile roof, which was a little over 50 years old at the time of this project.

New hip and ridge trim, copper valley liners, and all new Ludiwici trim pieces were installed. New copper snow guards were installed along the new, and existing roof eaves as directed by the architect.

Tecta Zero provided us with skilled tile workers, and allowed us the use of a crane during the project when we were in the “heyday” of tile roofing installation.