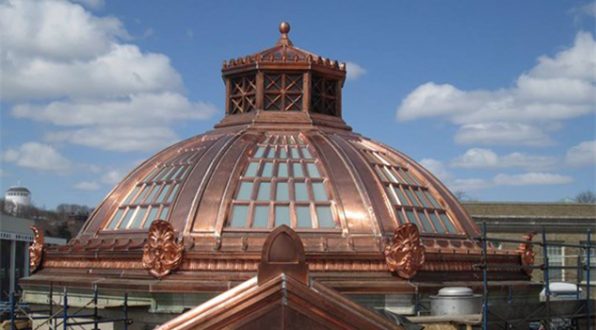 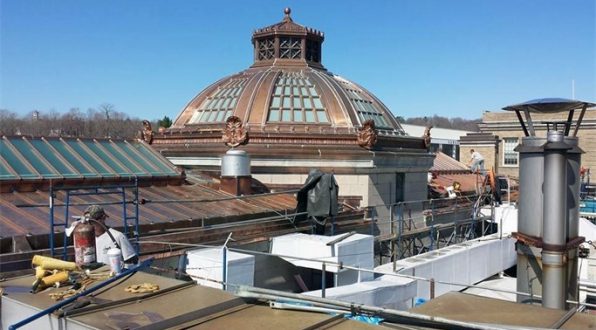 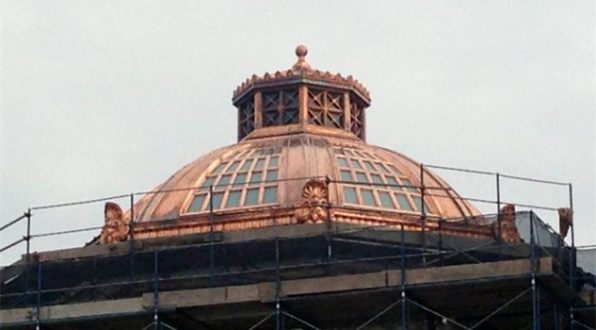 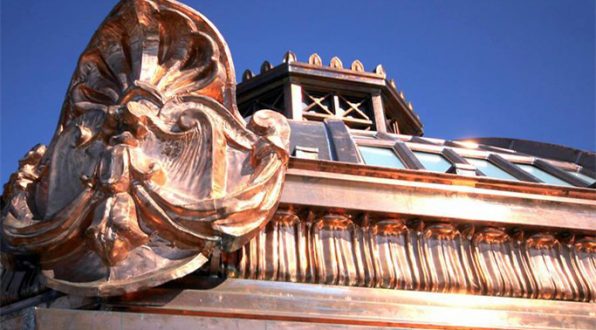 The library’s previous roof had lasted as long as the building it protects, but in 2012, serious leaks caused a section of the roof to partially collapse, threatened large portions of the library’s collections and turned the library’s main staircase into a waterfall.

With better workmanship and a thicker gauge of copper sheeting used on this new roof, we expect it to last for well over a century.

In a few months, the gleaming copper will change to a grayish-brown color. Eventually, after about 15 years, depending on climate and moisture level, the copper will turn turquoise green, similar to the color on the roof of the expansion built in the mid-1990’s.