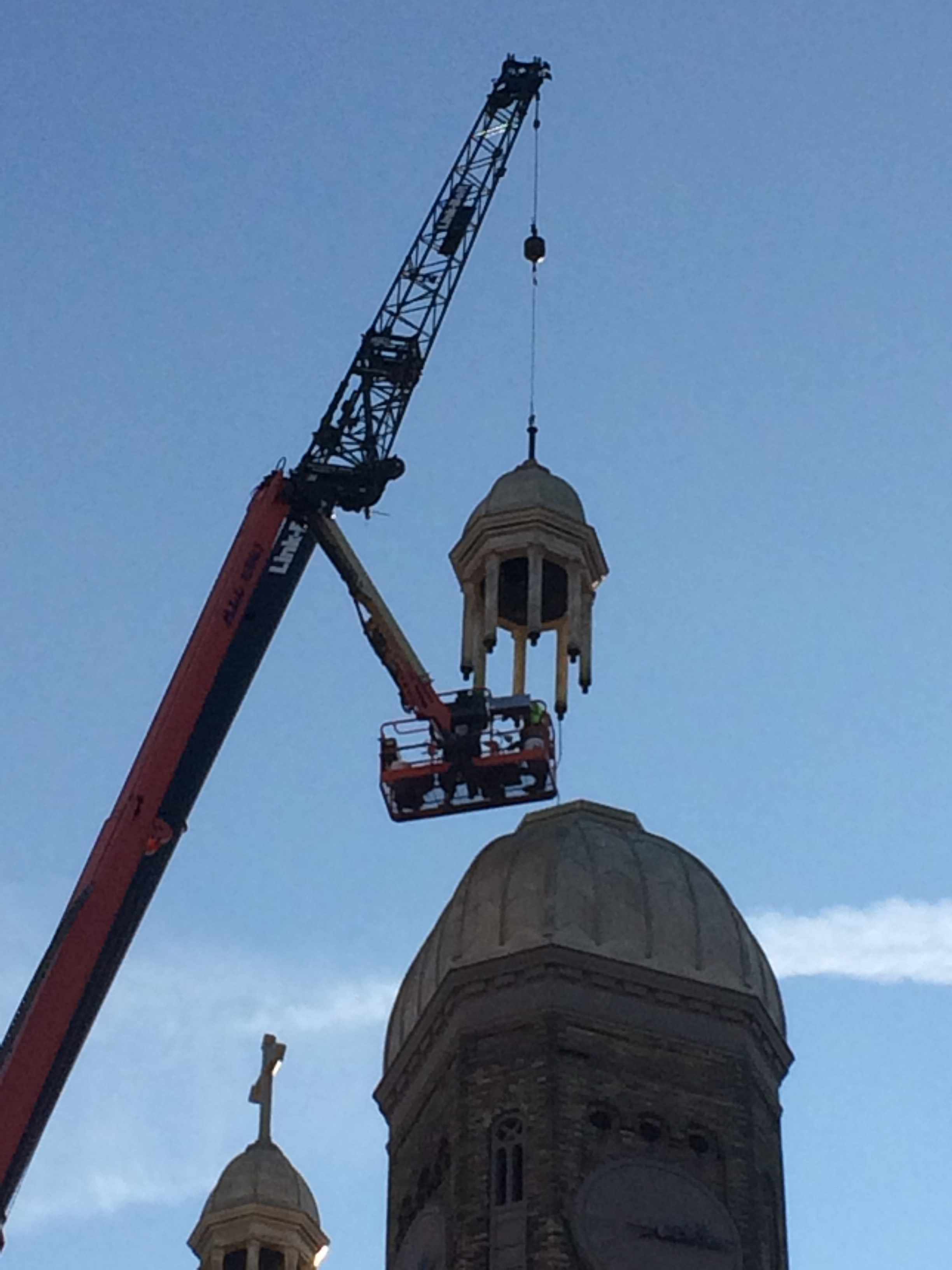 FJAC gingerly removes the first of two domes from atop the Shrine Church of St. Stanislaus. 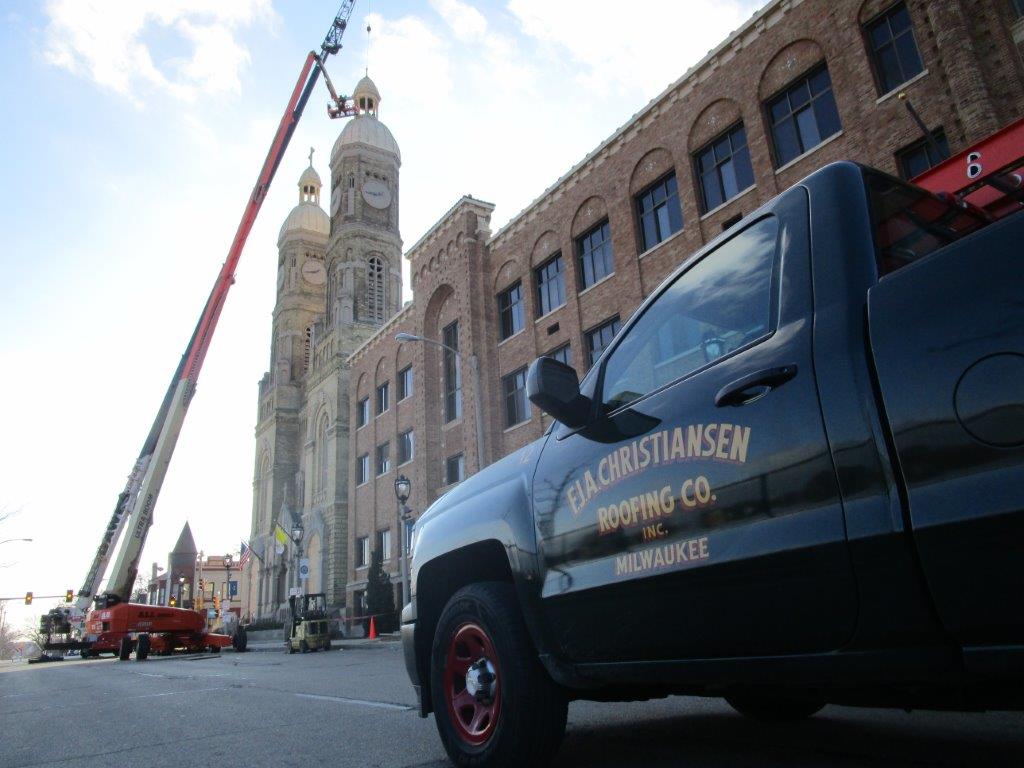 View from South 5th Street below, where traffic was temporarily blocked during the removal process.

In what FJAC vice president Don Walter called a very delicate and deliberate process, the structures were slowly taken down over a two-day period in early December. With the tower height of 163 feet, FJAC utilized a 180-foot boom crane, as well as a manlift to detach the structures and lower them to Fifth Street, which was closed for the procedure.

With the crosses removed, a cable was threaded through an existing pipe, and then attached to a turnbuckle created to safely lift the structures off the domes. Each structure was unbolted, lifted off support tubes, and brought down to street level. The tubes were sealed to keep out water.

“The legs have to remain in exactly the same position, so when we replace the structures, the legs can be repositioned onto their support tubes,” said Todd Samuel, FJAC project manager. That also required a very careful process of removing the structures from the flatbed and standing them upright for the restoration work in the FJAC shop. Once upright, scaffolding was set up on one side; the structures are being rotated for access to each section.

Stay tuned as we look forward to presenting an update on this project in a coming issue of The Roofer’s Report.